The Road of the 52 tunnels: the jewel of the Mt. Pasubio massif

The Road of the 52 tunnels of the Pasubio is without a doubt one of the most fascinating excursions in the Veneto region of Italy. A journey that oozes history, hard work and effort and takes one’s breath away for the spectacular sights that hikers will find along the way.

Around six hundred men, eleven months and about forty hammer drills. The result? A spectacular route, breathtakingly beautiful both for the history that animates the bare, still rock and for the amazing views to be admired. We are talking about the "Route of the First Army", known by all as the "Road of the 52 Tunnels" which runs along the massif of Mt. Pasubio in the province of Vicenza, Veneto.

52 are the tunnels to walk through, built over one hundred years ago in 1917 during the First World War by the 33rd Mining Company of the 5th Regiment of the Italian Army. It is an excursion that brings together history, landscape and nature. The rocks exude the immense excavation work done to make the road and all around are ridges, spires and cliffs alternated with incredible views of mountain groups, gentle hill slopes and plains.

The "Strada delle Gallerie" is one of the most famous paths of the Veneto Prealps and was born as a mule track, a road designed for the passage of mules or other beasts of burden. The primary purpose of the construction of this route was to allow the transit of men and mule trains in any season and in any weather, hidden from enemy sight and their attacks during the First World War. 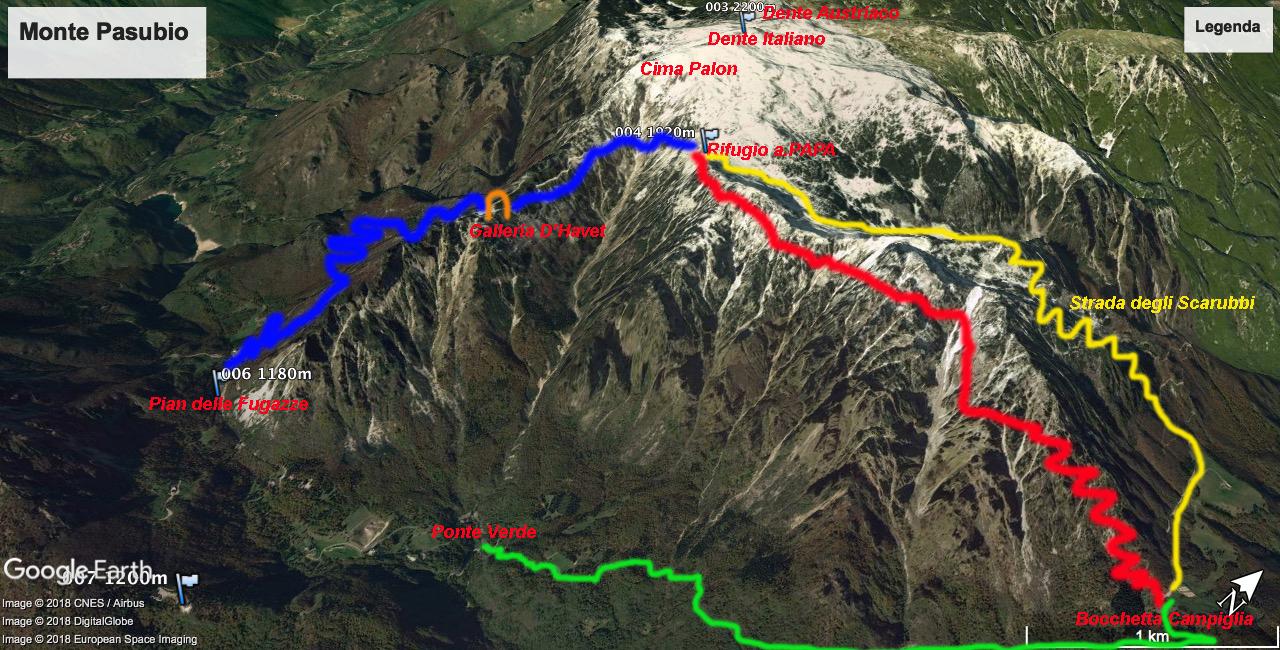 The starting point is 'Bocchetta Campiglia' (1,200 m), where there is a large pay and display car park. To reach it from Schio (VI), take the Provincial Road 46, passing through 'Valli del Pasubio'. Upon reaching in Ponte Verde (901 m), turn right along the road that leads to 'Passo Xomo' and, at the 'Rifugio Xomo', keep the left towards 'Bocchetta Campiglia' which is located at 1,216 m. If coming from Rovereto, again take the Provincial Road 46 and continue on to the 'Pian delle Fugazze’ and go down for a few miles until you reach Ponte Verde, then turn left to take the road that leads to the starting point of the route.

The start of the road of the tunnels is marked by a modern entrance portal where part of the history of this striking route is on display. The route is 6,3 km long and 2,3 km of these are the 52 tunnels. The whole route takes about 3 hours and has a positive vertical drop of almost 800m leading to the ‘rifugio di Achille Papa' (1,928 m). There are 52 tunnels, each one is numbered and has its own name. The first tunnel, with the historic portal, is located after first passing a few bends. The initial stretch is undoubtedly the steepest and most impervious: between pinnacles and cliffs you pass the 'Bella Laita' spurs and after just 20 tunnels you reach an altitude of 1700m at the height of the 'Val Camossara' which rises up to 1,842 m. At this point, an almost flat stretch of land lies ahead above the Vaj area and you will soon come to the Fontana d'Oro pass (1,870 m). The highest point of the route (2.000 m) is reached shortly after the forty-eighth tunnel and then the road descends and leads to the rifugio di Achille Papa. From here it is possible to extend one’s visit to the Sacred Zone up to the Italian and Austrian Teeth, to the Roman Arch and finally the Italian War Cemetery called "Di qui non si passa” (no pass from this point). The Scarubbi road is advised for the return journey which brings the excursion back to Bocchetta Campiglia.
​​​​​​​


The 52 Tunnel Road will take you back in time over 100 years. It began in 1917 when Lieutenant Engineer Giuseppe Zappa, commander of the 33rd Miners Company, was tasked with evaluating the feasibility of the project. It was late January and Mt. Pasubio was covered in deep snow. The target? To create a trail that would pass through Forni Alti, the Fontana d'oro pass and reach the Porte del Pasubio and be hidden from enemy fire. The road was and still is a masterpiece of military engineering and boldness. It was conceived by Captain L. Motti and designed by Lieutenant Engineer G. Zappa. 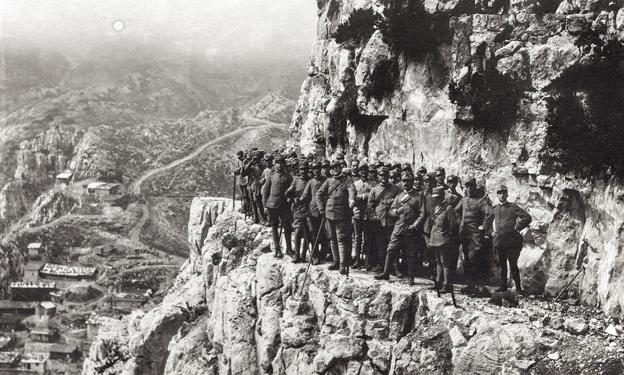 Lieutenant Zappa accepted the task: going against unknown factors he explored and investigated the mountain to find the passage.  Work started in the middle of winter in 1917, one of the worst and most snowy winters of the past decade. The company was compact and united with a rigorous and efficient working method. In April when the construction site of the road reached the thirteenth gallery, Lieutenant Zappa was transferred to another task. His replacement was Captain Corrado Picone who continued to direct the work with the same passion of his predecessor. From the twenty men who had begun construction of the passage, by summer they had employed up to six hundred and in November the First Army Road was completed. A real masterpiece of military engineering - the combined result of "Tenacious will, of exemplary work, of sacrifice and abnegation, of a moving spirit of emulation among the teams of miners in charge of construction." (quote by Captain C. Picone).

Season: from late spring, as soon as the snow melts, throughout summer and all the way to autumn (from May/June to October). It’s absolutely inadvisable to take on the trail close to winter with ice and snow. The trail is officially closed during the winter period.

Time to complete: about 3 hours for the ascent to the 52 tunnels all the way to the Rifugio Achille Papa (hut). About 2 hour’s descent on the Strada degli Scarubbi to reach the starting point.

Difficulty level: average (CAI = Excursionism level).  The trail route is wide and easily travelled but it is quite arduous in some spots.  It isn’t to be underestimated and trekking boots should be worn. Don’t forget a good torch for use in the tunnels.

Mountain bike: Mountain bikes are forbidden along the entire trail. They can be used on the nearby road of the Eroi (heroes) or the Scarubbi road.
​​​​​​​
NB.: The car park at Bocchetta Campiglia, the starting point of the 52 Tunnel Road, is a pay and display car park. At the time of writing (2018) the price was 6 Euro. The parking machines only take coins so be sure to have several €1 or €2 coins with you. 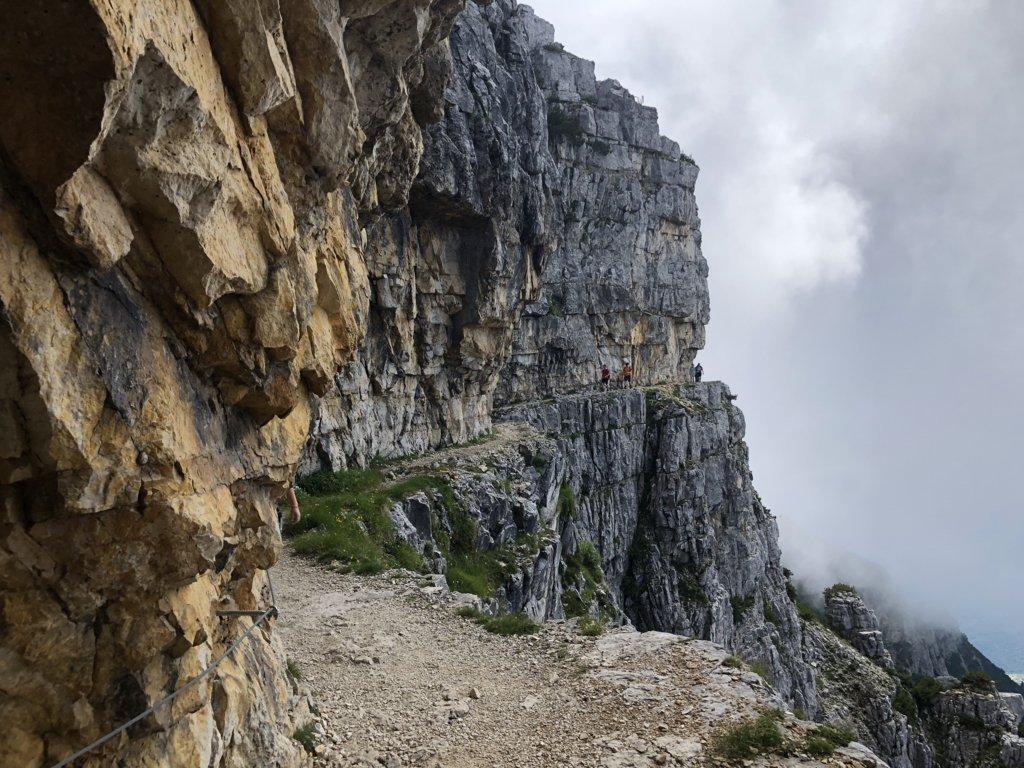 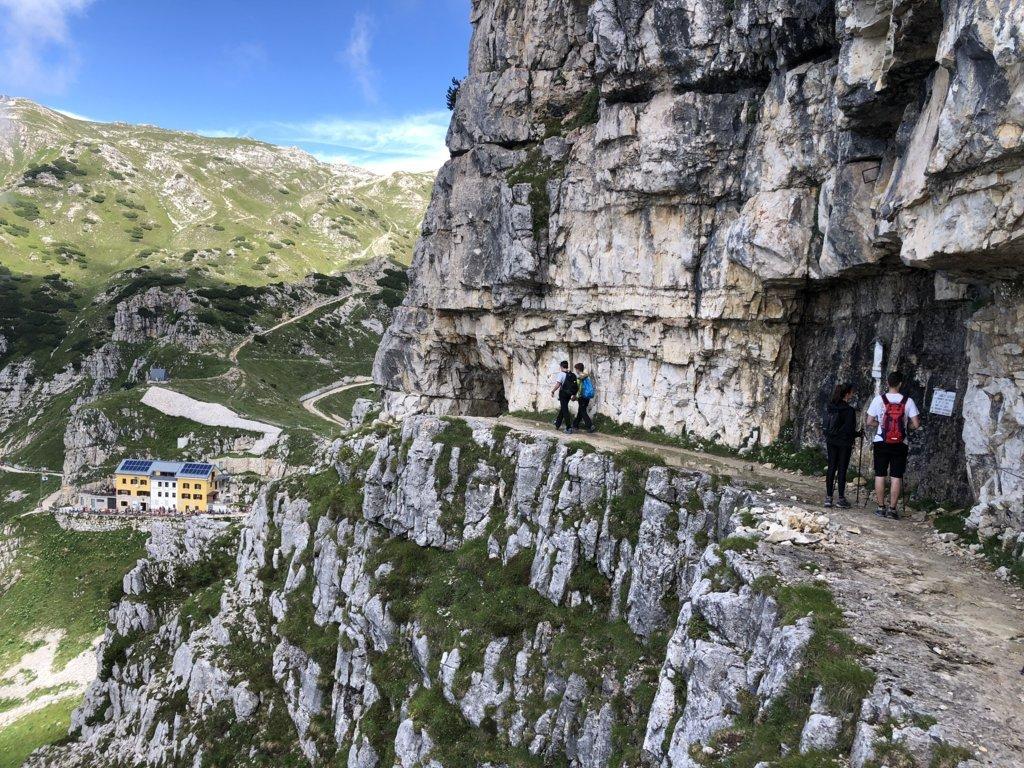 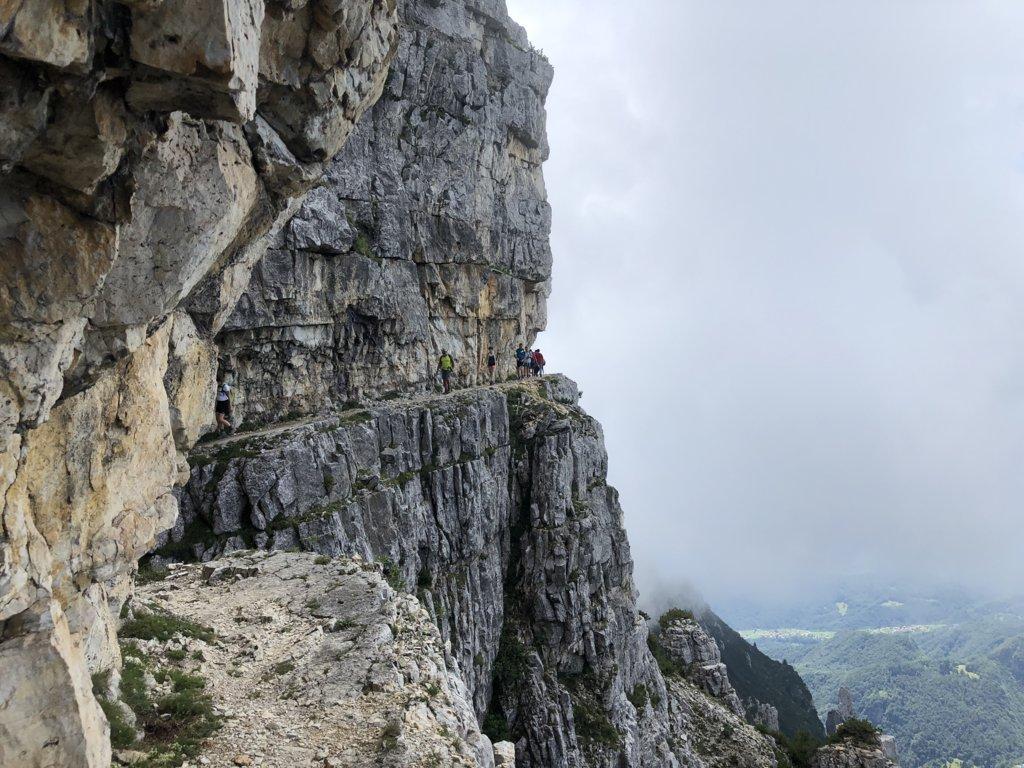 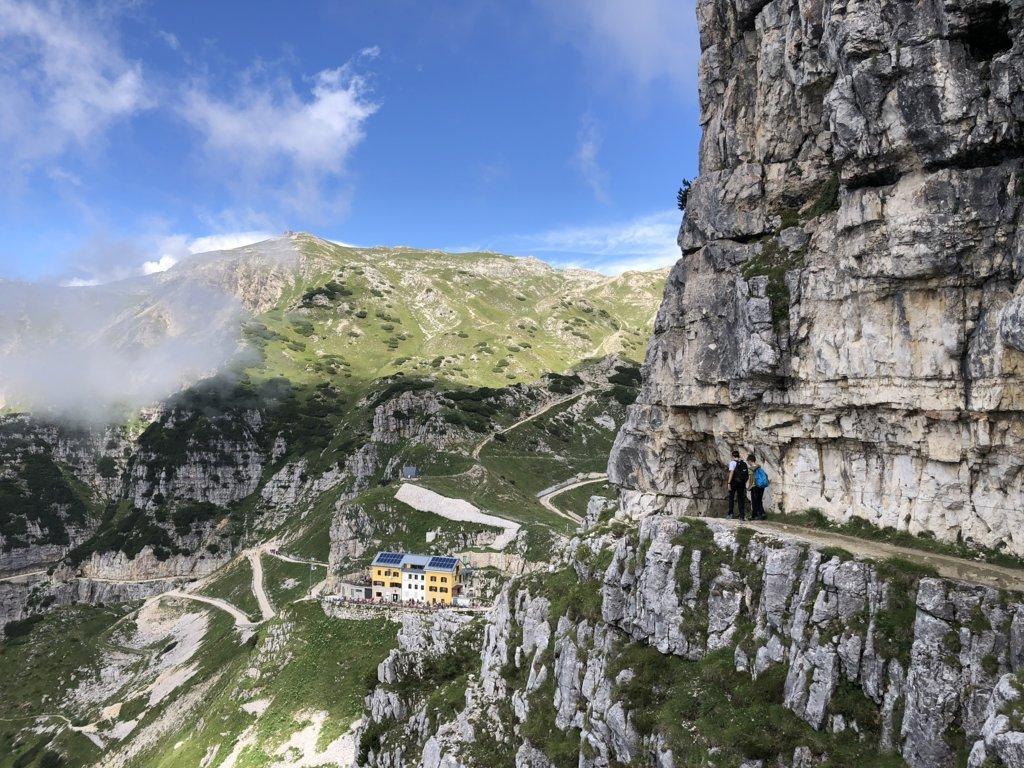 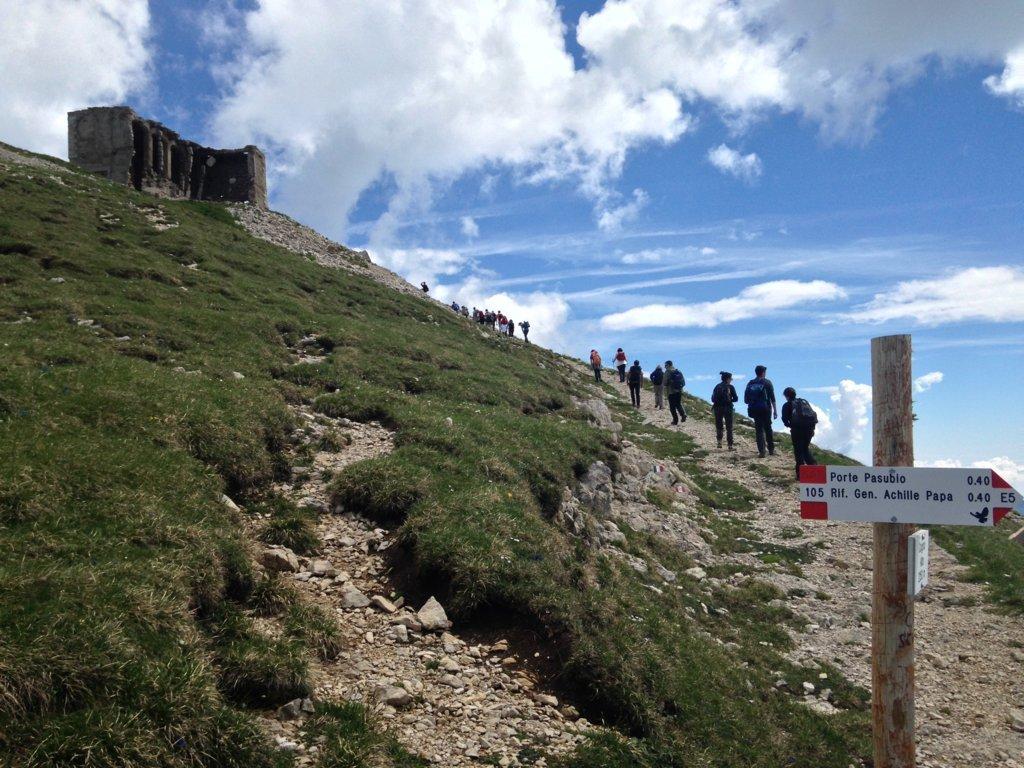 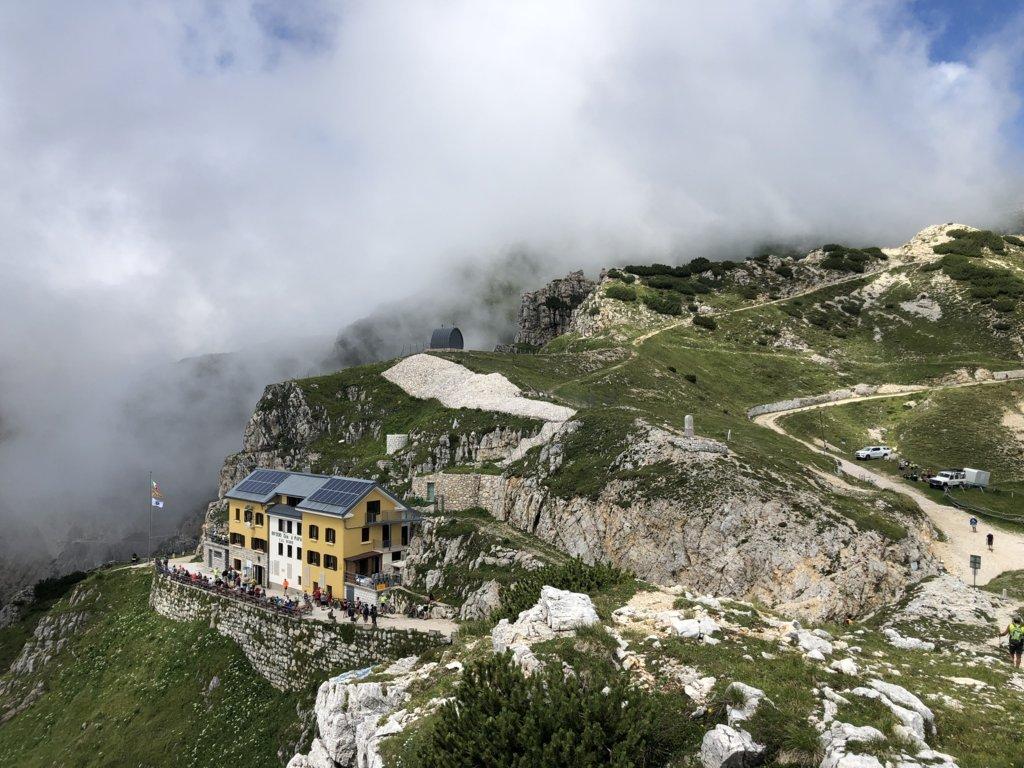 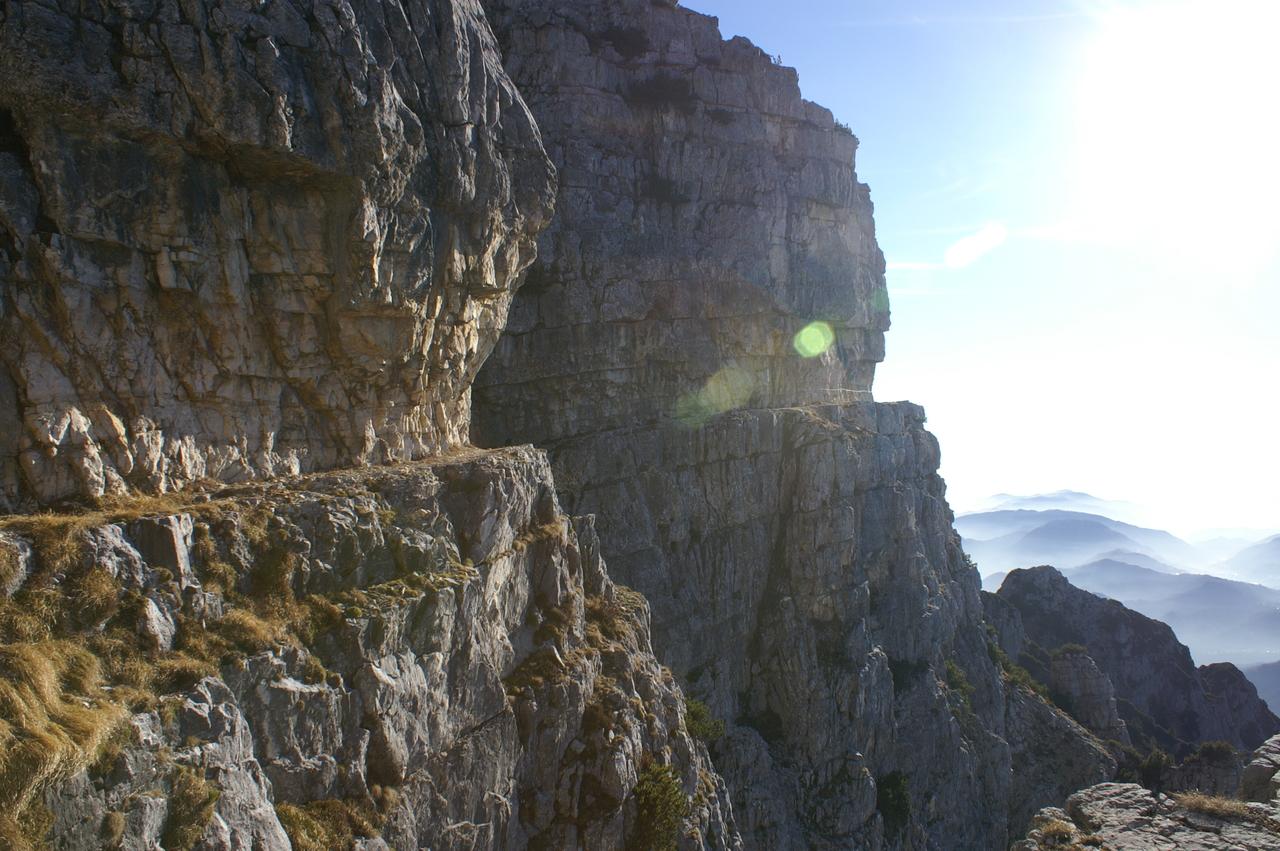 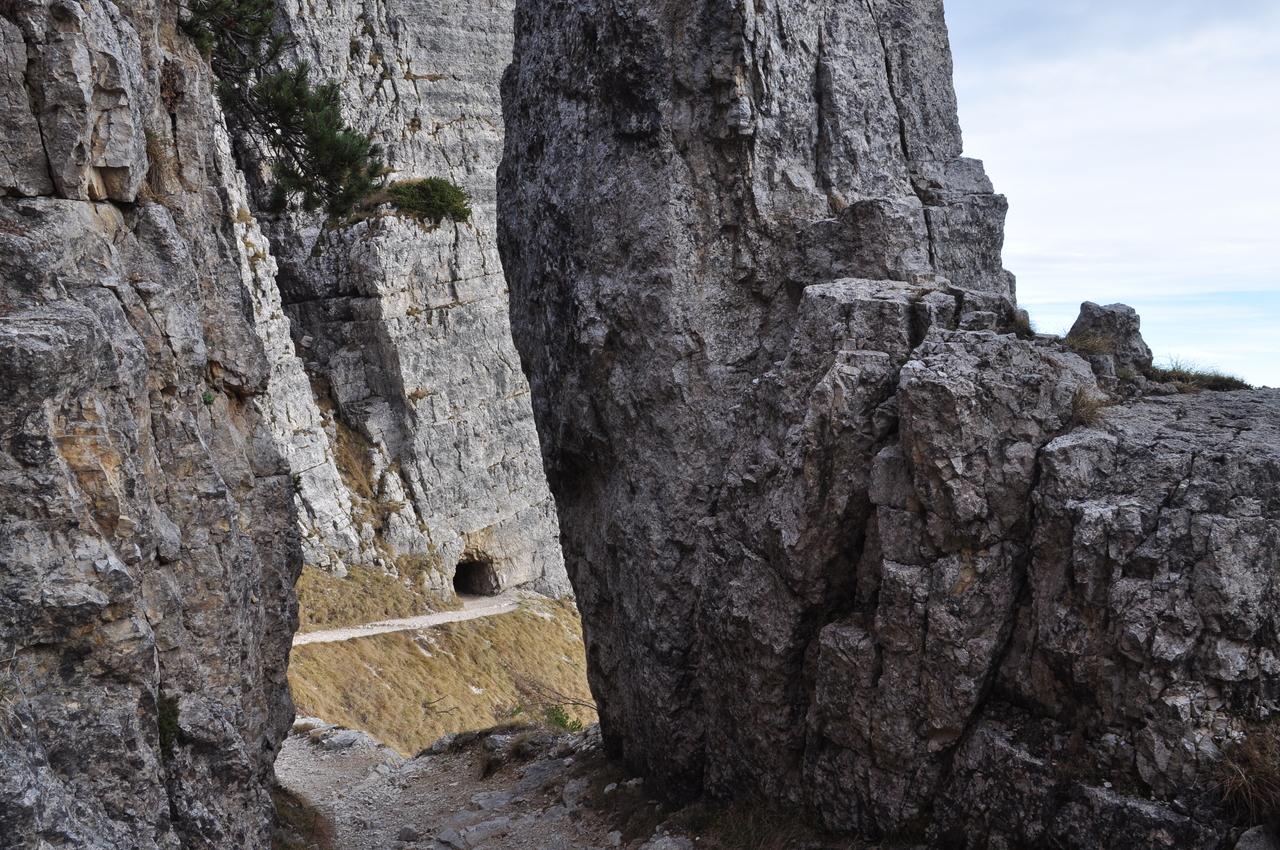 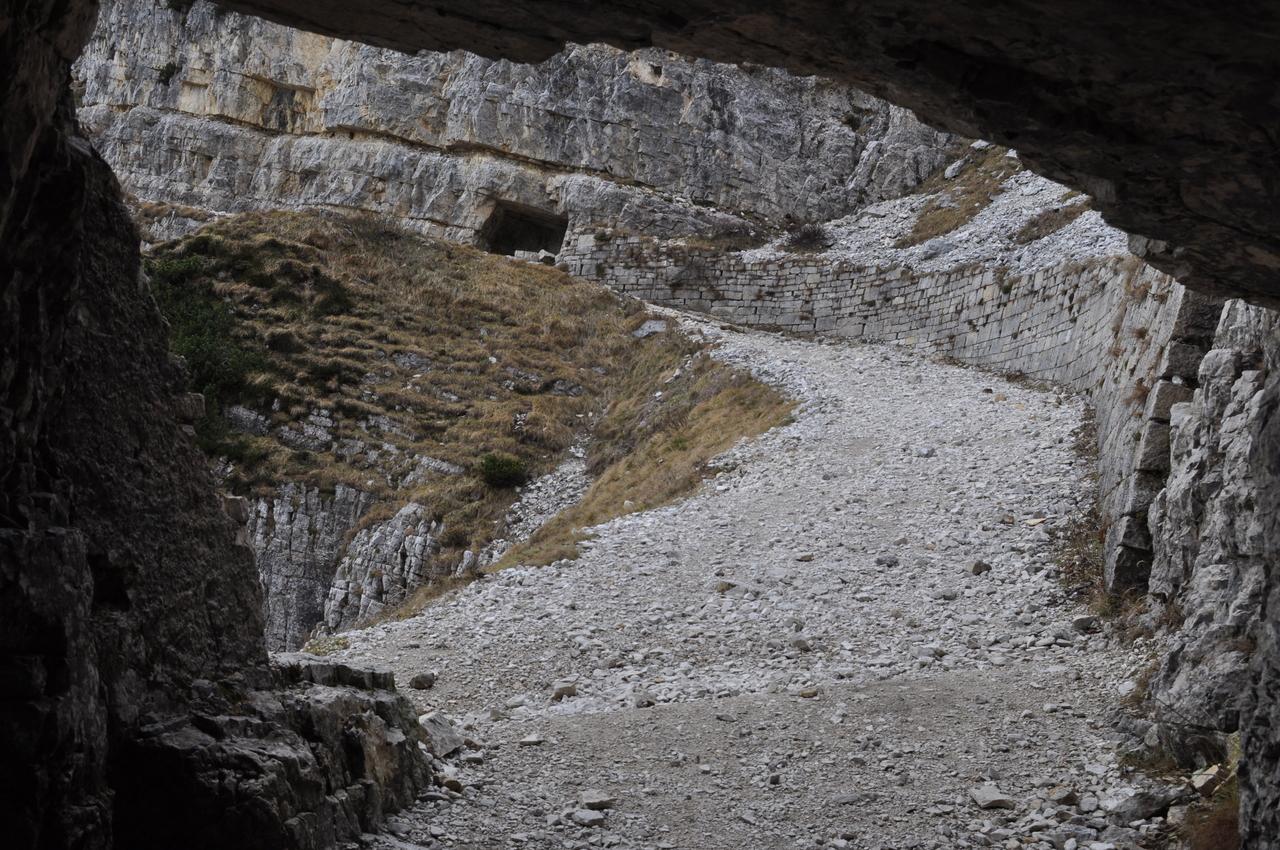 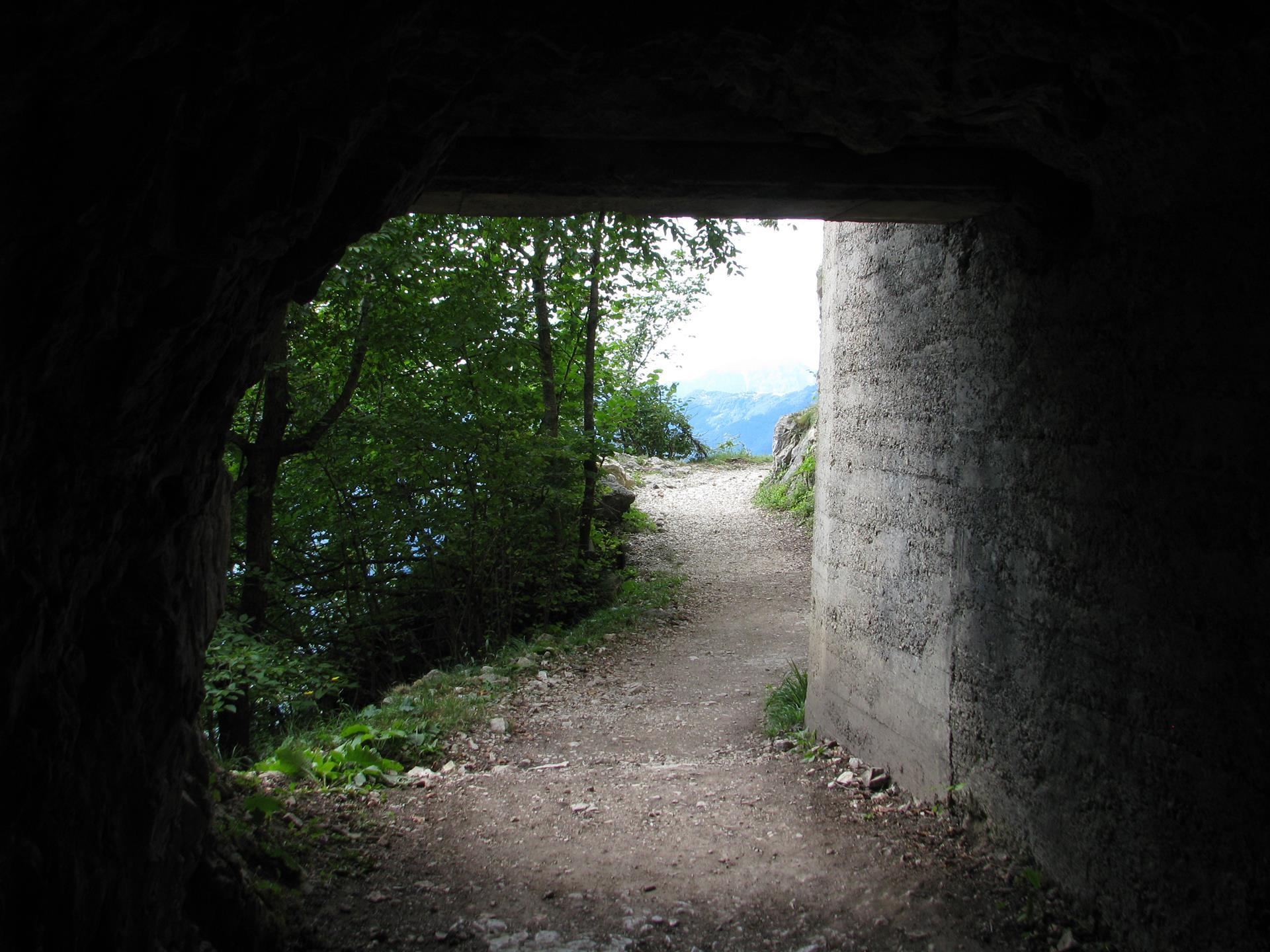 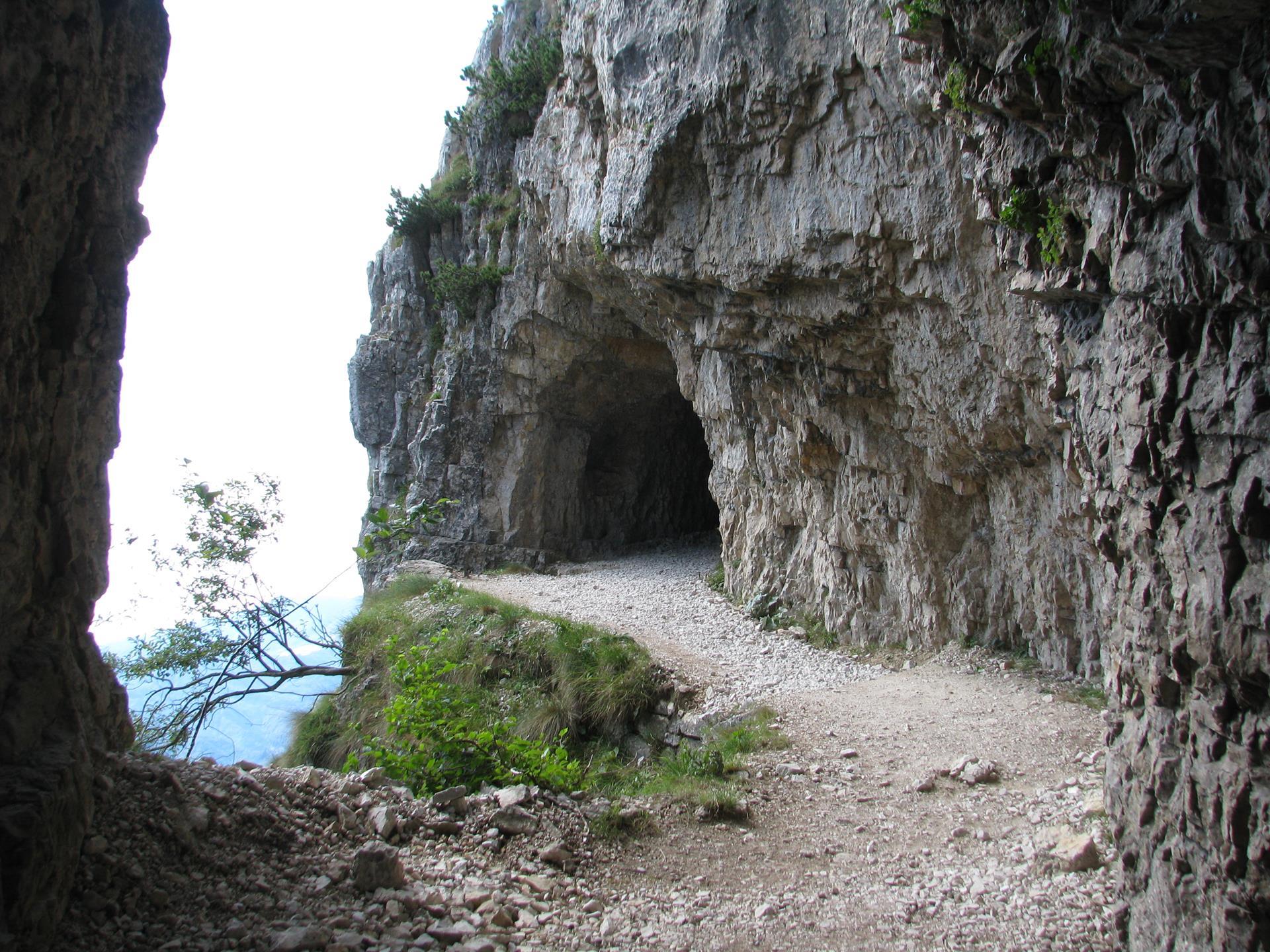 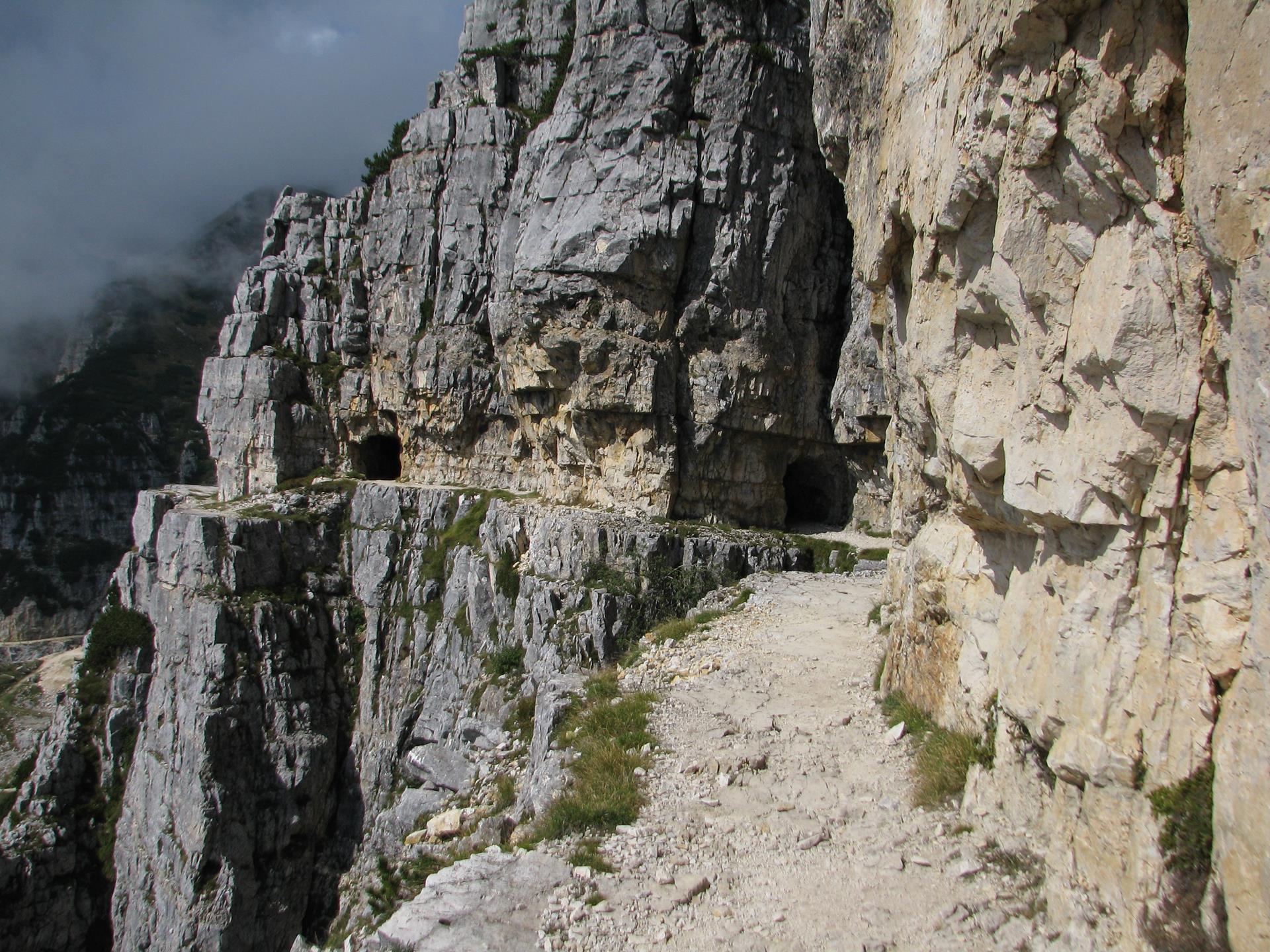 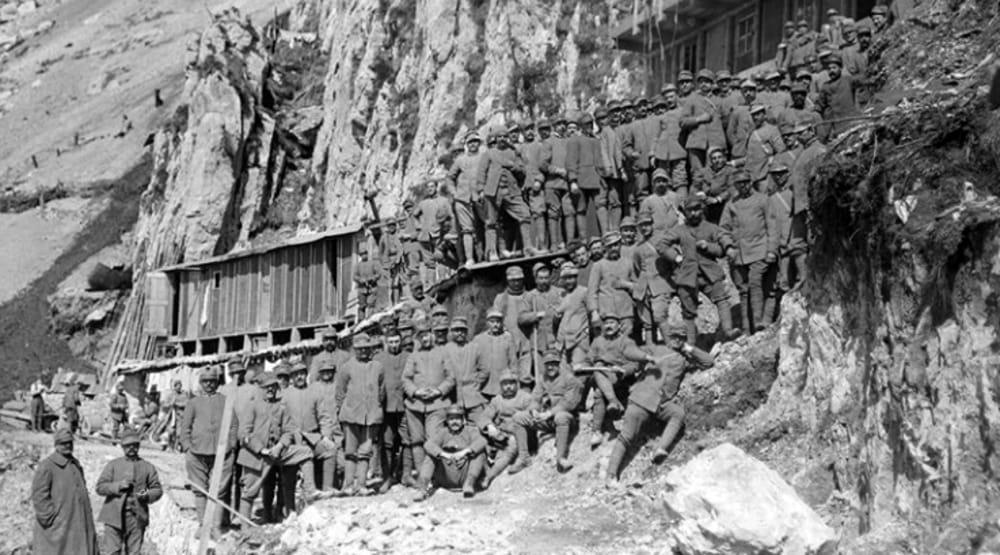 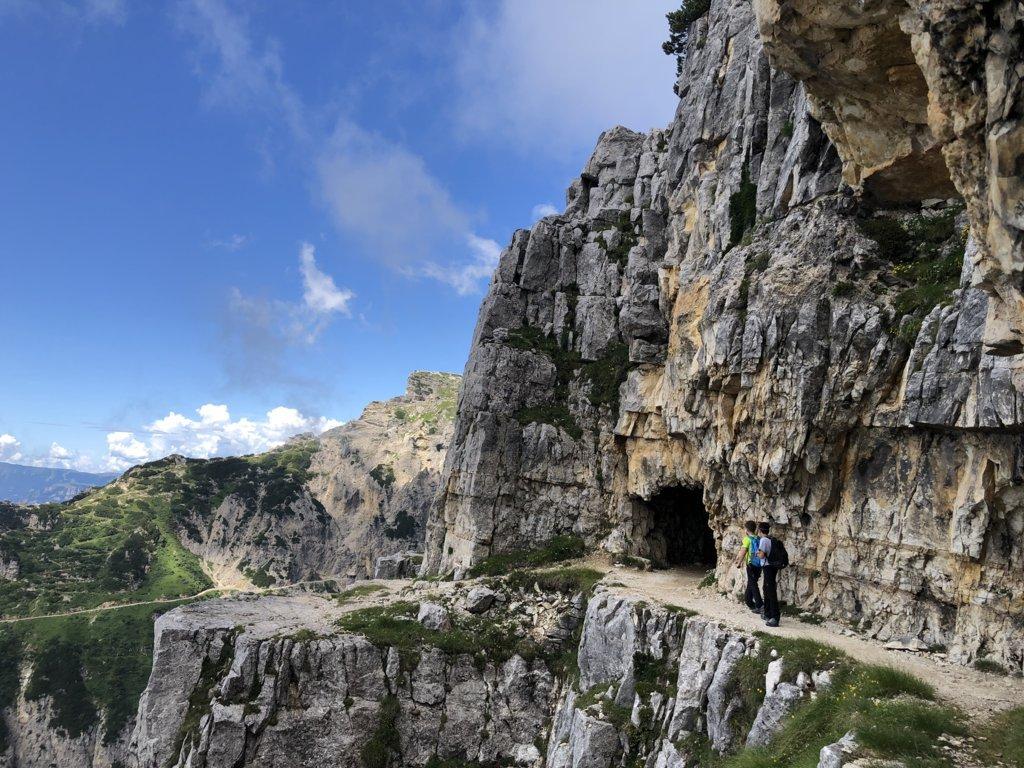 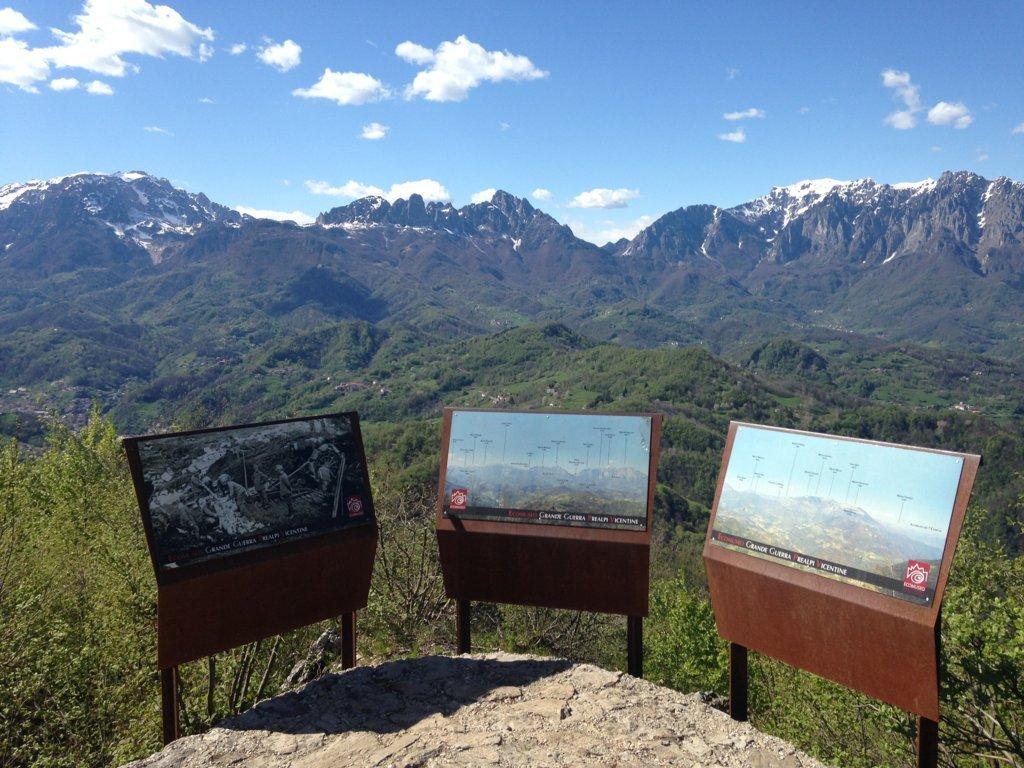 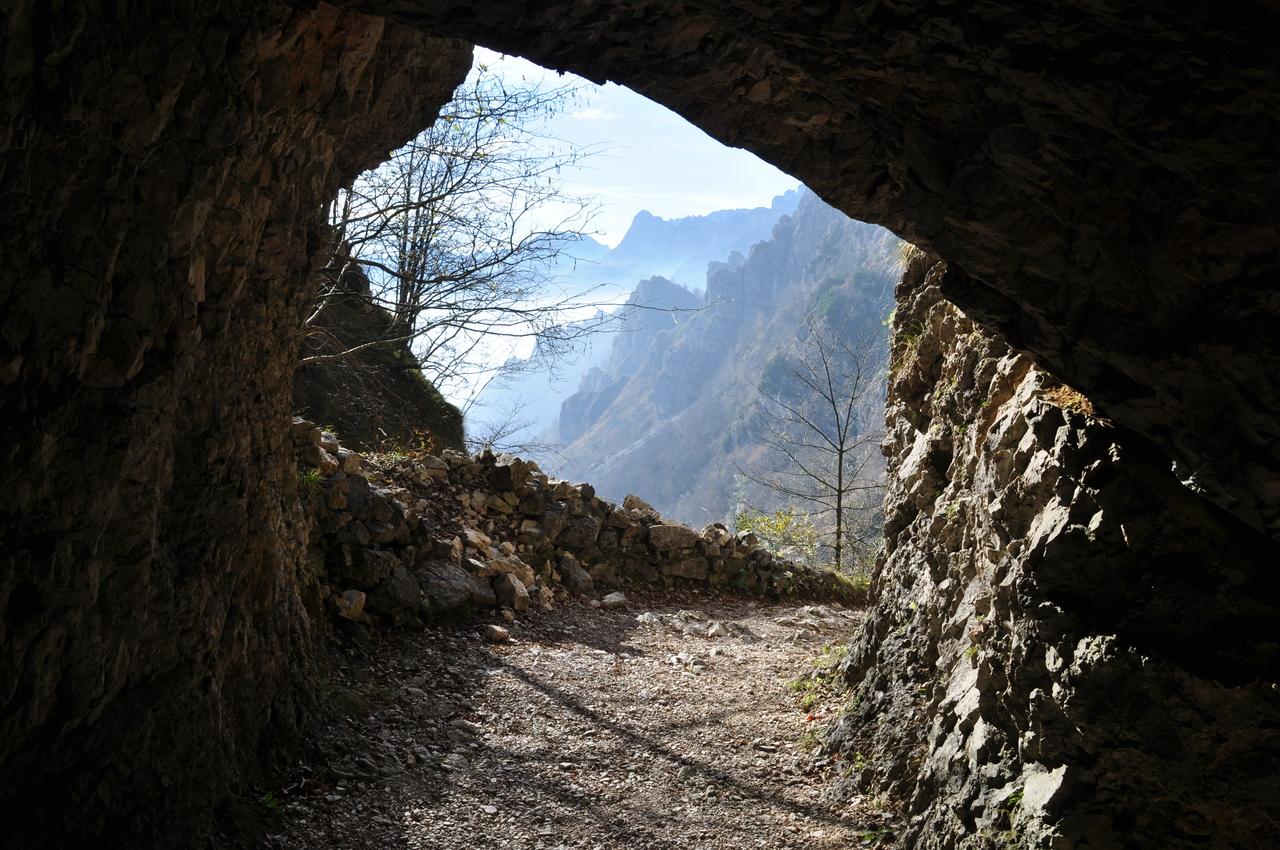 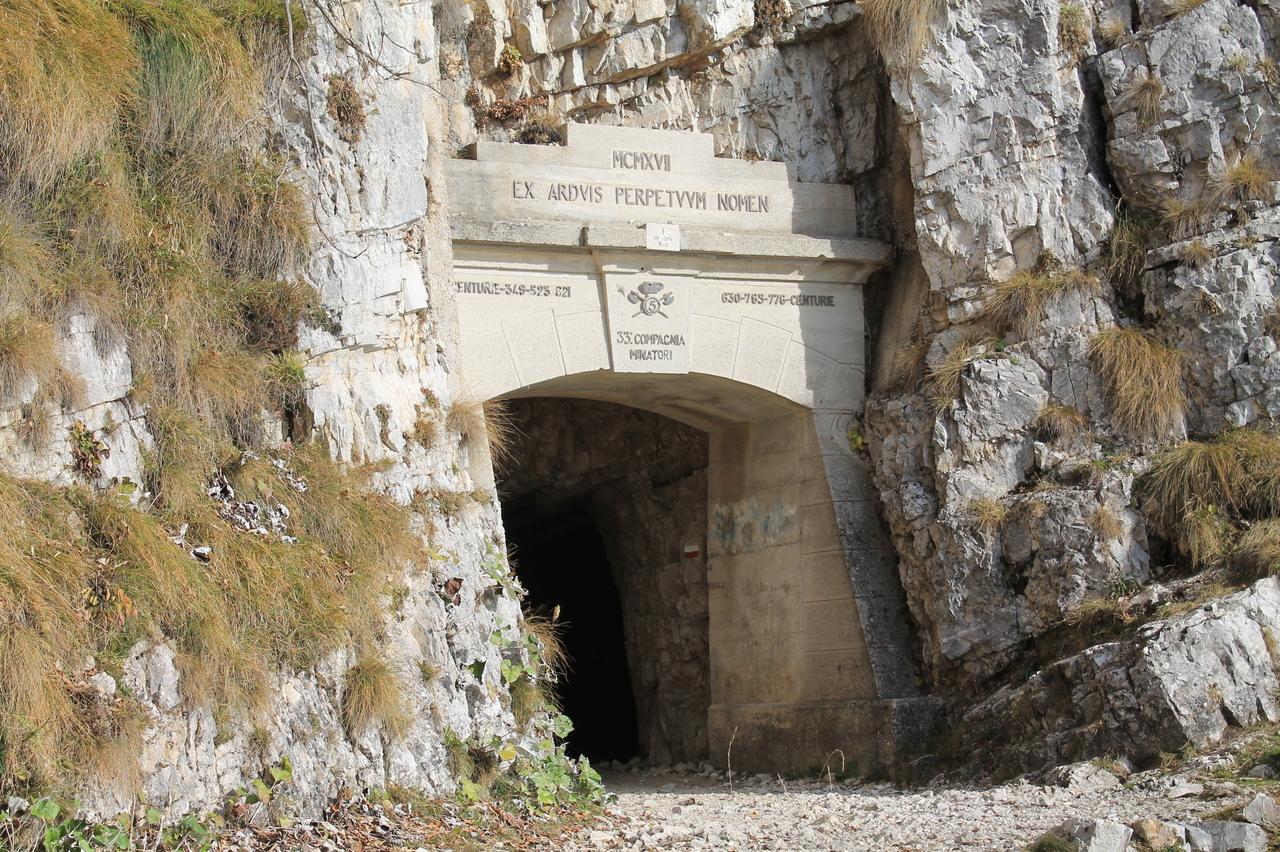 My abrupt return from Patagonia

Being a mom is an adventure!

5011 LOGGER PRO GTX RR S3, for those who live the mountain as a workplace

From the law office to the ice of the north. The story of Alessandro Seletti.

When Myles proposed to Hannah